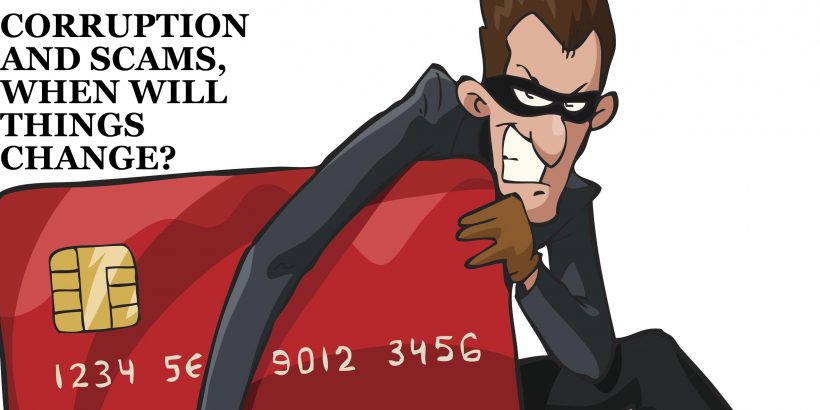 In a time of money dominating our lives, it is very hard to find an uncorrupted  soul. Many big names have been named in scams and charged with corruption. Still the list keeps getting bigger.

Now the question arises, What causes people to take steps against their prudence?

As far as we can see the major cause of such corruption is the unstoppable greed for power and money but we can not judge all the wealthy ones as corrupt. As there are many who have worked hard for success . However they always kept a leash over their greed and remained uninfluenced by the money and power. We have many great examples of such entrepreneurs  who have earned money and power but also earned a lot of respect.

There are many names such as Ajim premji, NR. Narayana murthy Nandan Nilekani and many others who are not just entrepreneurs but humanitarians . Fireball company CEO Capt. Ravee himself promote such causes. Apart from providing respectable job to thousands of less educated and less fortunate people, he constantly take part in serving less fortunate and educating the society for security awareness causes. Many times he appeared on television and gave his expert opinion on security related concerns.

He also formed OSSIM, a Security education institute that provides self defense courses for the empowerment of women. His wife Ms. Vibha Ravee  runs an organization named Aumtara where she provide spiritual counseling to people to help them heeling mentally and physically.